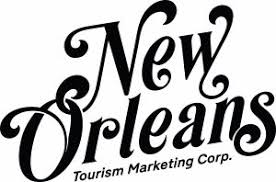 The mission of the New Orleans Tourism Marketing Corporation is to promote and position New Orleans as the number one leisure tourism destination through a broad program of advertising, public relations, social media, Internet marketing, promotions, research, and other marketing strategies. These strategies are designed to maintain and improve the city's image as a great place to visit, to attract increased numbers of travelers, and to increase tourist spending in New Orleans.

What We Do For New Orleans

NOTMC was first developed in the early 1990s to boost hotel occupancy during slow tourism periods, which have traditionally included the summer months and the weeks between Thanksgiving and New Year's Day. However, due to the effects of Hurricane Katrina, the Deepwater Horizon oil spill and other natural and man-made challenges, NOTMC is now tasked with promoting leisure tourism throughout the year. NOTMC designs and launches a year-round marketing campaign, a major summer promotion; niche efforts aimed at cultural, family, and multicultural travelers; and a fall campaign promoting Christmas New Orleans Style.

For 300 years, folks have left New Orleans with some of the greatest stories ever told. Watch Lloyd Dillon and Johnny Vidacovich tell some of NOLA's favorites, including the founding of the city, Higgins boats, Steve Gleason’s punt block, and more. Visit New Orleans and start your own story with #OneTimeInNOLA.

NOTMC is funded by the City's hotel room occupancy privilege tax and an Optional Assessment agreed to by hotels in the downtown area. NOTMC does not receive any funds directly from the City of New Orleans' general fund. The organization receives additional funding from the RTA/hotel tax and from Harrah's Casino's agreements with the City of New Orleans and the hotel industry.

Our Board of Directors

Each member of NOTMC's Board of Directors is nominated by the hospitality industry, appointed by the Mayor and approved by the City Council.